Virtual Author Event: Rebecca Serle of In Five Years and The Dinner List

Join us for an exciting Virtual Author Event!

Rebecca Serle will be joining us for a book-club style discussion on her latest novel, In Five Years, as well as her previous works such as The Dinner List, and a Q&A on the writing process.

This event is open to all patrons of Washington State libraries, with a focus on libraries in Skagit County. The Zoom chat has a 100 person maximum.

Huge thanks to the Simon & Schuster Book Club Favorites program, who made this event possible!

Upper Skagit Library is inviting you to a scheduled Zoom meeting.

Rebecca Serle is an author and television writer who lives in New York and Los Angeles. Serle codeveloped the hit TV adaptation of her YA series Famous in Love, and is also the author of The Dinner List, and YA novels The Edge of Falling and When You Were Mine. She received her MFA from the New School in NYC.

In Five Years is a striking, moving love story about Dannie Kohan, a high-powered corporate lawyer who has everything planned out. The story opens on the day she interviews for her dream job, nails it, and gets engaged to her longtime boyfriend—all according to her five-year plan. That night, when she and her new fiancé get home, she falls asleep on the couch. But when she wakes up, she’s suddenly in a different apartment, with a different ring on her finger, in bed beside a very different man. She looks over at the muted TV playing the news and sees the date: it’s 2025, five years in the future. After a very confusing hour, Dannie wakes up again back in her normal life. She tries to shake the dream—or was it premonition?—by busying herself in work. She tells no one about it, not even her best friend, Bella. Then one day, four and a half years later, she comes face-to-face with the man from her dream. This stunning, heartbreaking story will leave you thinking about the unpredictable nature of destiny and make you want to call your best friend immediately. 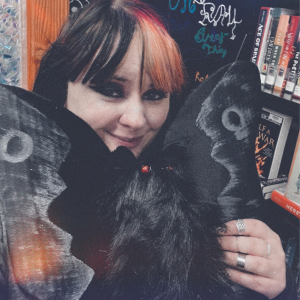